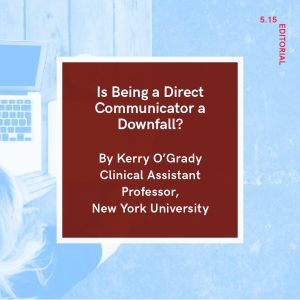 I’ve been in media for over 12 years. I’ve been teaching communication to undergrad and graduate students for seven of them. My personality precedes me in both work and personal life: I have no problem speaking my mind. In fact, it’s well-known you shouldn’t ask my opinion unless you want a completely unedited, no-frills response.

And – I’d like to think – I do it all with a healthy dash of kindness, empathy, and understanding. Yet, my communication style isn’t for everyone. Some people love it; some people hate it.

In a world full of naturally-born direct communicators, life isn’t always fair when it comes to the gender divide. Often, when women are “direct” with their colleagues, they are considered harsh, unemotional, or lack specific harmonious sensitivities we were supposedly “born” with. These women are also, more pointedly, perceived as pushy, cold, and aggressive (to name a few).

When did being a direct communicator become a downfall, especially if you’re a woman?

As professionals in this field, we know perception equals reality. We can’t change how others perceive us, but we can control our actions. Just as men are criticized for being too direct at times, women are criticized if they go against what’s considered “typical” for their sex (which is naturally “indirect”). This means both sexes need to be better about accepting communication styles at face value and reacting in a manner that promotes collaboration instead of conflict. That said, here are some ways to stay direct, without distraction:

Yes, there is a difference. Being direct is saying what you mean and meaning what you say, without any “fluff” in between. Being abrupt is doing exactly this while being short, inattentive, and sometimes downright mean in tone (even if we don’t mean it. #guilty). This can be avoided by taking pauses in between thoughts to think carefully about what we’ll say next (and how we’ll say it).

Being passionate about our work is one thing; relaying that passion to those around us is another. If we are motivated by our craft – and make it known through good work and leadership – others will follow. On the other hand, if we constantly wear our heart on our sleeve and are reactionary, extrinsically, our actions may diminish our good intention entirely. Working on not taking things personally, being relational (for example, adding something as simple as a “hello” to an email), and removing ourselves from stressful situations until we calm down can help channel emotional response.

An irony of direct communicators is although we’re more apt to say things plainly and succinctly, we like to hear ourselves talk more than our indirect counterparts. This said, we’ve developed an unfortunate reputation for being poor listeners. Bringing a pen and small pad of paper (not breaking out your phone or laptop; which can be distracting and annoying to the other person; not to mention you) everywhere helps (think mini reporter’s notebook; anything spiral-bound and fits easily in a bag). Jotting down thoughts while the other person is talking resists the instinctive need to jump in. Actively listening is also a great way to avoid interrupting (nodding, smiling, etc. while the other person is talking). Focusing on silently acknowledging what someone else is saying helps channel energy that previously would be used to interject. 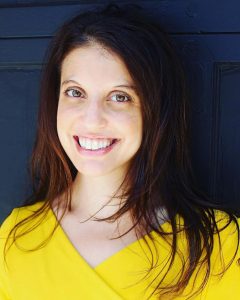 Kerry O’Grady is a Clinical Assistant Professor at the NYU School of Professional Studies – Division of Programs in Business. Teaching undergraduate and graduate courses at a number of institutions since 2008 – and beginning at NYUSPS in 2011 – she teaches in both the M.S. in Public Relations and Corporate Communication and M.S. in Integrated Marketing programs, and has previously taught in Continuing Education and the High School Academy.  An award-winning integrated marketing and advertising professional, past professional positions include Associate Director, Integrated Marketing for Women’s Health magazine, Senior Manager, Integrated Marketing at Parents, FamilyFun, and American Baby magazines (Meredith Corp.), Business Development Manager, La Voz and TV y Mas, and Advertising Executive, The Arizona Republic (Gannett, Inc.). She is a regularly sought-after media expert, as seen in The Washington Post, The New York Post, The Telegraph, and on ABC News’ digital podcast “Uncomfortable,” to name a few. A passionate fitness enthusiast, she is also the creator and writer for the fitness blog KerryLeeintheCityFit (Instagram @kerryleeinthecityfit). She holds a B.A. (summa cum laude) in Journalism and English from UMass-Amherst and an M.S. Public Relations & Corporate Communication from NYUSPS. She begins her Educational Doctorate program in August, studying Leadership and Learning in Organizations at Vanderbilt University.